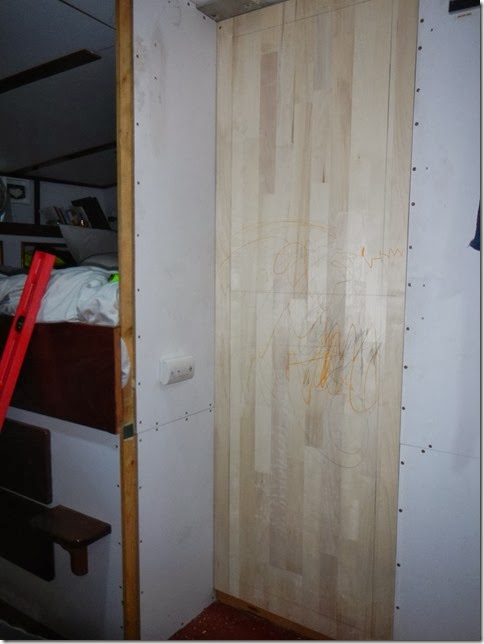 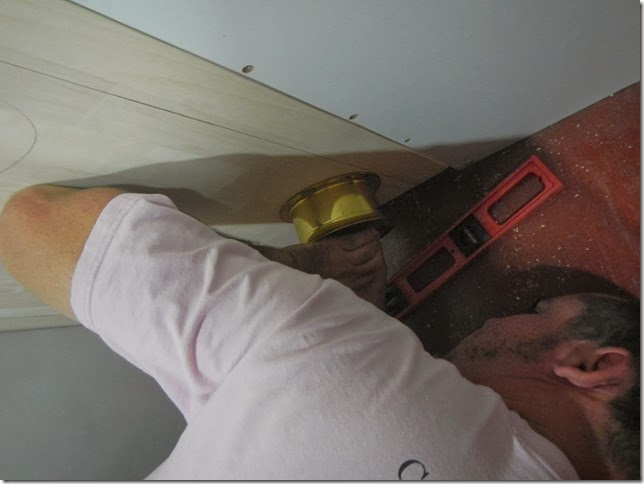 This afternoon Carl took on the project of making a door for our lazarette. That blasted diesel water heater is not keeping up awake tonight!! Pri put her artful touch on the new door. No expense was spared with high tech door making tools. 8pm and Carl is still out on the dock with a light trying to get it finished.

For weeks now we’ve been meeting with carpenters to make a couch, put in a few doors and do some trim work. Nothing fancy, we just don’t have the time to mess with it. But no one wants the job, maybe because it’s too simple and not portfolio material? Funny thing was today Carl was on his way to Lowes to get materials for the new door when a stranger called letting him know that they have his ipad – must have fallen off the roof of the car sometime today. Anyways he met up with them at their house in Carolina Beach and the LUCK!!! He’s a carpenter that works out of his house, full workshop and everything. Can you believe it? To start with he was honest and called Carl about the ipad and second a carpenter (with skills) fell straight into our laps. It was destiny.  We will be meeting up with him tomorrow.

I’m also very excited, I ordered a hanging oil cabin lamp for above our table and it comes in tomorrow. I’ve been dying for one. I’ll make sure to post pictures of the finished door and lamp later.

Off shopping for curtain material tomorrow. All our saloon windows will start to be removed tomorrow and replaced with new lexan ones. We are going to be a fish bowl.