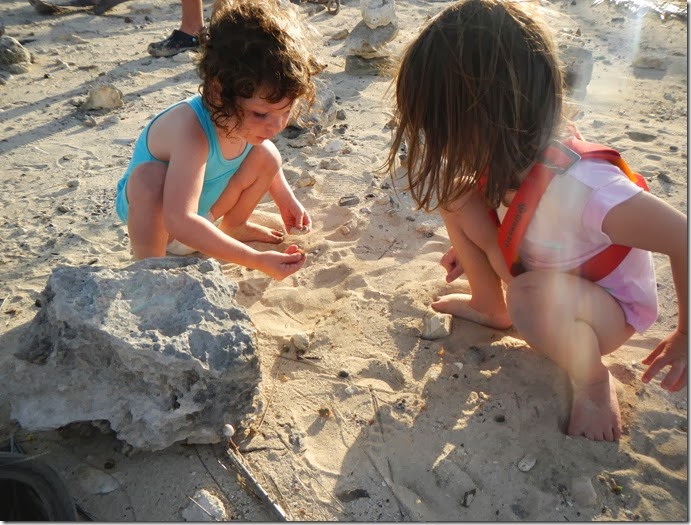 We spent the afternoon at Hermit Crab Cay (AKA Sandy Cay). It was lovely we haven’t laughed or screamed so much in a while. Wags was the first to notice the tiny moving landscape. First she spotted one, no two, no thirteen trillion hermit crabs. The island was covered in them, if you stood in one place for too long they started crawling all over you feet. We would laugh then scream then laugh some more. We had the whole island to ourselves minus the thirteen trillion residents. We walked up and down the small beach collecting crabs, shells, pretty pieces of coral and rocks (thanks wags). We now have a few extra crew members onboard thanks to the girls but they may be going for a swim tonight.

Pri was determined to come to this island we couldn’t persuade her to a calmer anchorage. Do we risk the wrath of Pri or the rolling anchorage?? Yes, that’s right, we are sitting in a rolling anchorage. Can you get seasick at anchor? We’ll soon see. I think the baby must push my dinner closer and closer to daylight, it’s just begging to come out somedays. But I must say the fresh cool breeze is sooo worth the “wobbly” boat and queasy belly.

Pretty funny, we left the marina with the dingy tied to the side of the boat and after hitting two pilings and scraping the bottom where they forgot to dredge Carl jumped in it and proceeded to run it to the back off the boat so we could tow it. All went well all tied up and safety in tow to Sandy Cay. It’s now 5 hours later and we realize how quiet a 4 stoke engine really is. Luckily Carl went out this evening to check to make sure it was still ok and heard a soft humm, yep we left the motor running all that time. Thankfully he discovered it when he did or it would have been idling all night. 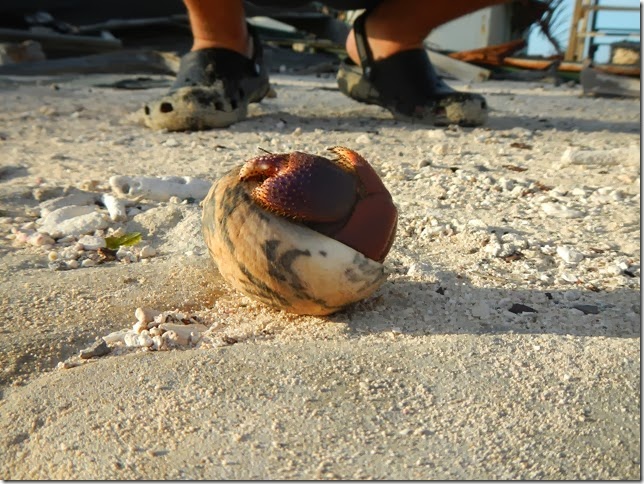 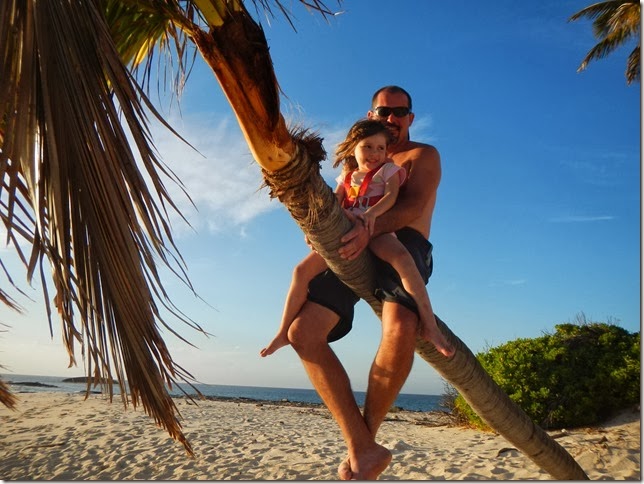 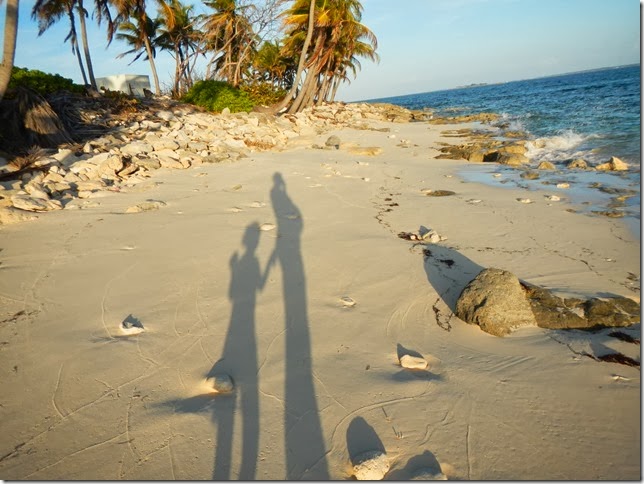 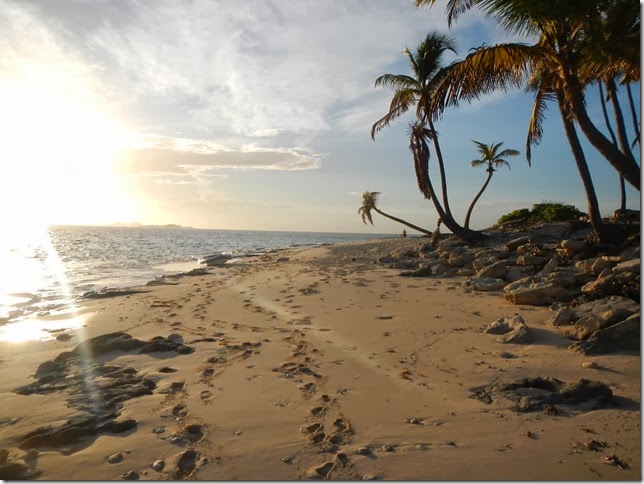 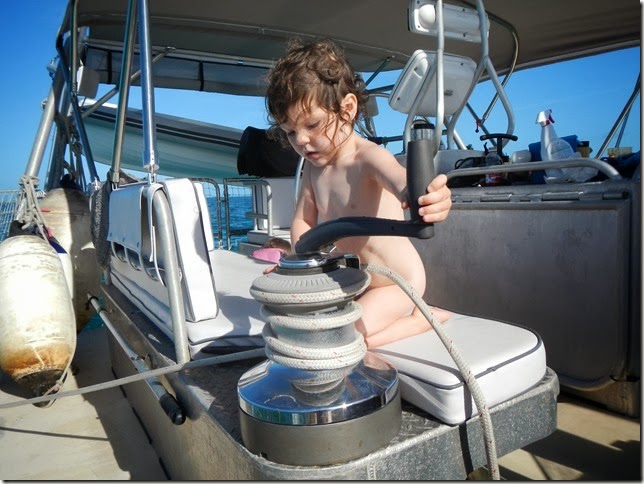 Hermit crabs are never a good idea, Pri was up all night screaming about there being crabs in her bed, of course there wasn’t but those little buggers gave her nightmares all the same. Then our nightmare continued with the rolling anchorage. Once high tide hit the swell reached over the reef that was protecting us and we started to roll  like we were on some sort of theme park ride. Carl slept in Pri’s bed, Pri slept with me and finally at 5:30am Carl had enough and we left. It was a 4 hour motor straight into the wind to Iguana Cay. I thought once again we would traumatize the girls but they loved all the lizards. They chased them and wanted to bring them back to the boat – no way! The water was actually a pleasant 77 degrees today, still too cold for me but Carl and the girls got in, it was such a beautiful anchorage but unfortunately it was packed full and we didn’t fit. After the lizards we moved again to Highbourne Cay where we are this evening. Met up again with some French Canadian friends we made in Nassau, they were hunting for snails that hang off the rocks for dinner, ewww. We are all looking forward to a good nights sleep, no rolling tonight. Celebrating Carls new “English” tan I made bangers and mash for dinner. He looks like a lobster. A good meal with tylenol and aloe vera gel is in store for him tonight. 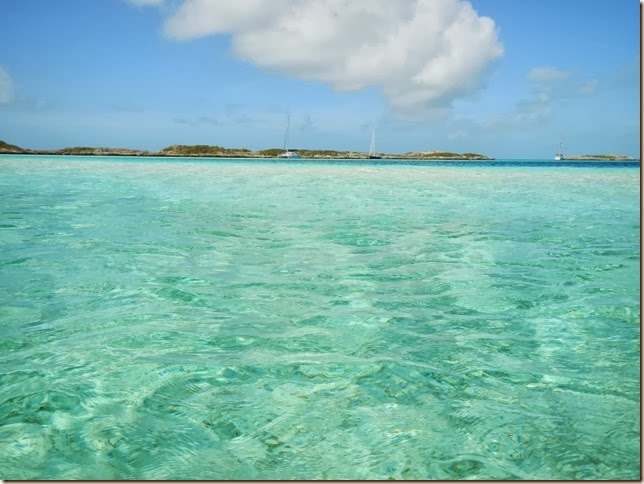 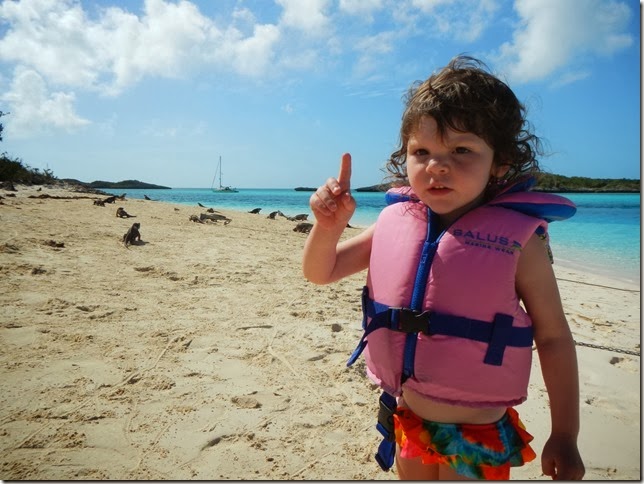 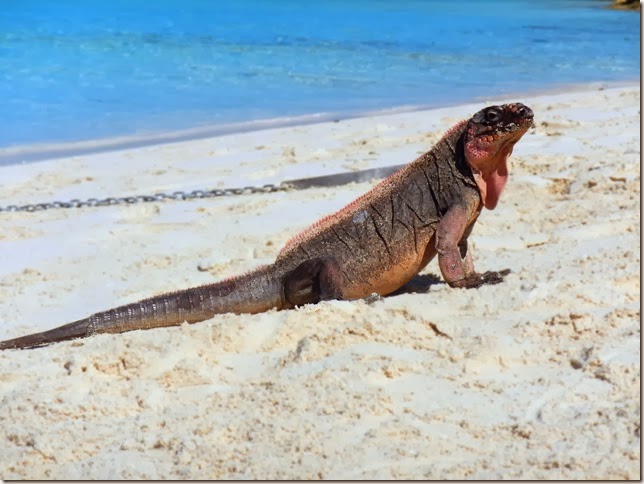 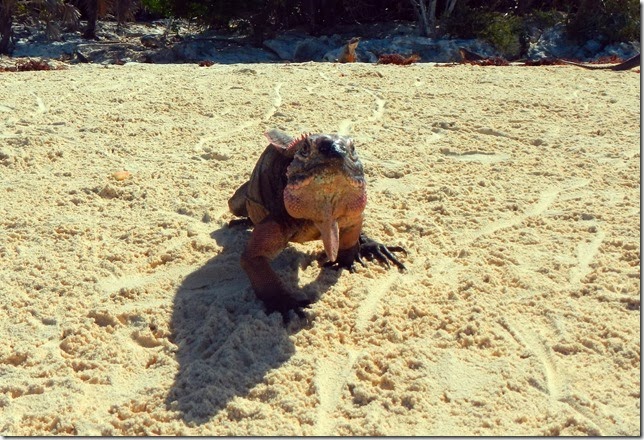 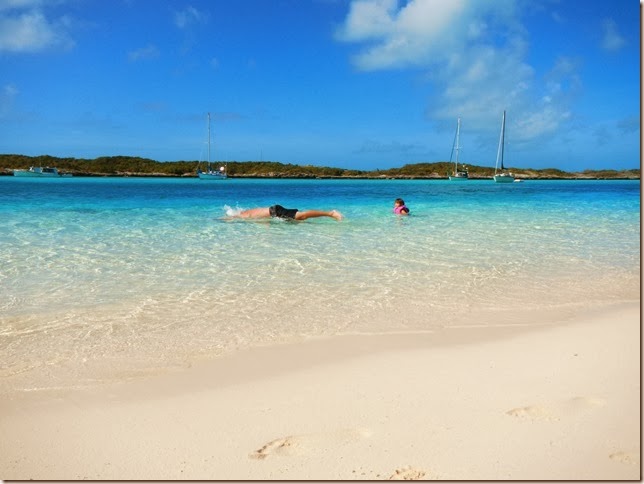 Day three was pretty much a wash. We woke did the usual stuff, made breakfast, read some books to the girls and Carl worked on the gauges for the fuel tanks. The swell got worse so we took the dingy for a ride over to the marina hoping for some cheap rates, but it’s the Bahamas so that was a pipe dream ($2.75/ ft). By around 10am I hit a brick wall due to no sleep the night before (just pregnancy crap) so I laid down for a rest and Carl took the girls to the beach. It wasn’t as much fun as yesterday the wind had kicked up and the girls got cold. They returned in a screaming cold mess and I made some lunch, we then decided to ditch the rolling anchorage and head back to Allens Cay (Iguana Cay). It was a lovely 1 hour sail there but I guess everyone had the same idea and the anchorage was crammed with sailboats.

Now we must have been the entertainment for all the cruisers there. First of all I swear all there eyes popped out of their heads to see such a large sailboat come into their little cove but we were pretty confident on the water depths. We found the perfect spot and dropped the hook, I don’t think our neighbor was too happy that we took up his quiet corner. Over he came to tell us where it would be better for us to anchor – thanks. Carl got his gear on and dove the anchor to make sure it hooked and of course we dropped it on a bunch of rock and it was just lying there as we drug towards the rocky bank behind us. Up came the anchor (along with a rock it carried). Next we tried where the not so friendly neighbor suggested and that put us within 20’ of the rocks and still no grab. Up came the anchor AGAIN. Next we looped around some boats and came back and tried to anchor off of a sand bar, it was working great. We nosed all the way up to the bar where it was about 2’ deep and dropped. Perfect! Until the current caught us and hooked us around so we were on the sand bar as well, bugger. At this point I was hot and tired and Carl was extremely frustrated, we just couldn’t’ find a spot that had enough swing. A friendly cruiser suggested next to her sailboat but I had noticed they were also caught in the current and we couldn’t say for sure if we would swing with everyone else. An hour of failing to anchor we gave up and left the anchorage with our tail between our legs. Funny enough the 15-20 knot winds predicted have calmed down and instead of heading back to Nassau we’re back where we started our day at Highbourne Cay. We didn’t want to venture too far south because if anything happened to me (33 weeks pregnant) we were over 6 hours away from Nassau, I don’t think Carl’s ready to catch a baby yet let alone a premature one.

The afternoon wore us out but I’m glad we could give some free amusement to everyone else. I’m just glad that we handled it all with ease and not screaming at each other like many other couples we see trying to anchor.

Carl completed working on the fuel gauges, we are very happy to know how much we have in in the zillion tanks scattered about the boat. I think Carl said we have 8 fuel tanks, I guess it was about cutting down on the cost of construction. We took a run over to a beach to wear the girls out in the morning, Pri is getting good at swimming even if it is with a swim aid on her back. Wags and I even got into the water – above the belly button too! A couple from another boat dropped by today and gave Pri a little gift, super sweet people. Carl is now off with him trying to get us a fish or lobster, it’s almost dinner time so I don’t have my hopes up. Another night of rice and vegetables. We are out of icecream so I think we’ll head back to Nassau tomorrow. I believe the real reason is because the SuperBowl is on and we don’t get TV reception here. But that’s ok we’ve had a nice break from the big smoke and I have a doctors appointment in a few days. Back to internet land which means I can finish off the season of American Horror Story. Sweet. 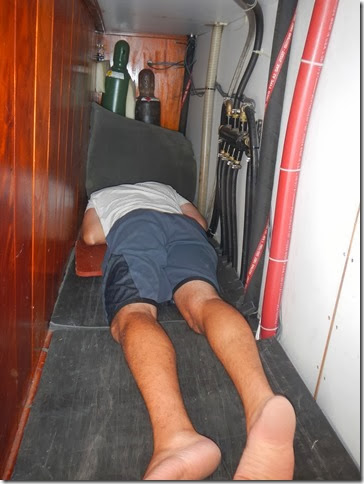 ABOVE: Carl putting in the final two gauges for the fuel tanks. We have great storage behind each settee but you have to pull everything thing out in order to get to the stuff at the back but we have it well organized in tubs with label. BELOW: Pri created a great carriage out of the them, giddy up! 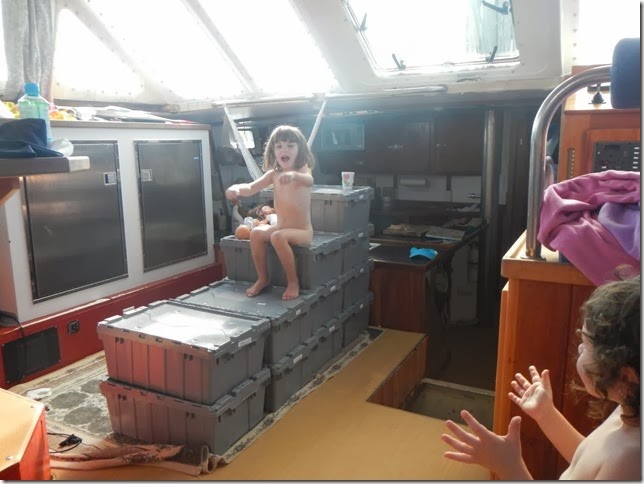 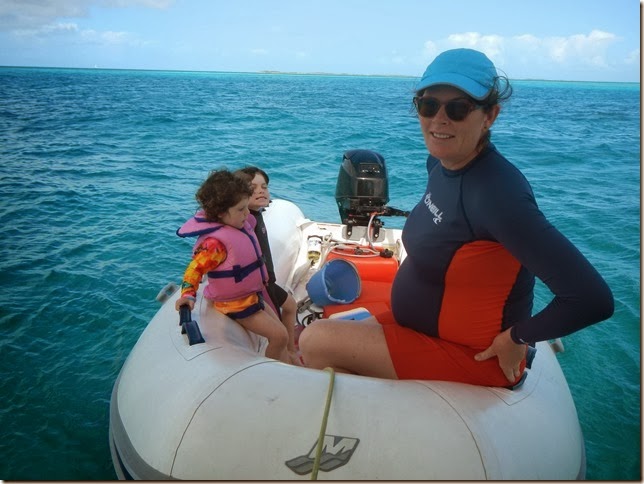 ABOVE: on our way to the beach, I think they maybe the first and last time I wear my rash shirt in a while, little too much stretch going on. 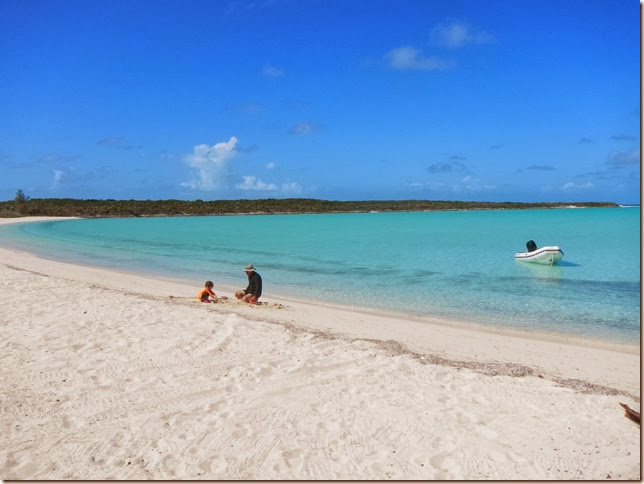 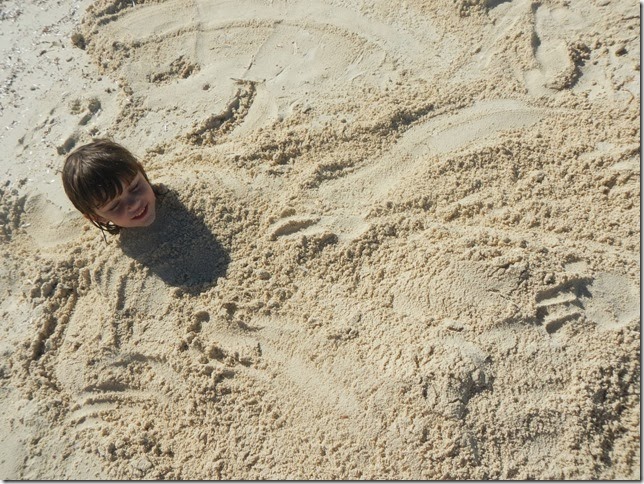 ABOVE: how to subdue a 4 year old. 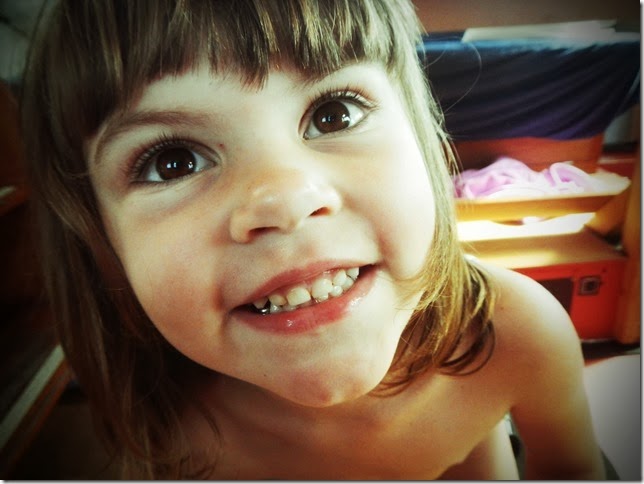 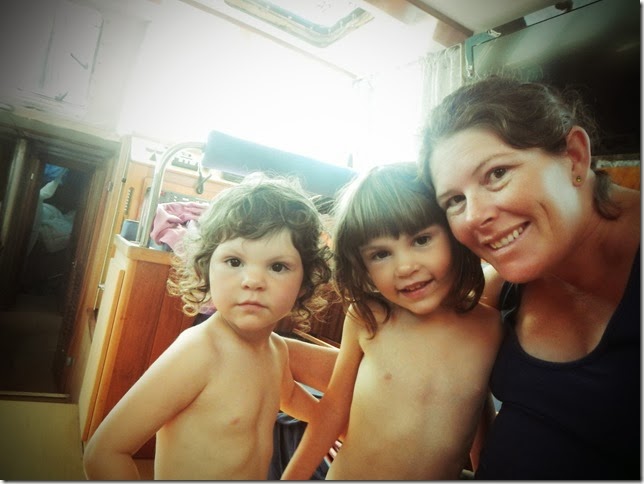