I’ve been having trouble sleeping, my hips dip down too far in our soft mattress causing a throbbing pain and having the change sides about every hour, so I prepped the forward cabin (removed the toys and shook the crap off the sheets) for a night of blissful sleep. We chose a firmer mattress for the forward cabin, well it was a step down from the softer foam but it’s still a lot firmer than our bed. I told Carl that I would be lonely up in the bow but he refused to join me because of the firm mattress. We haven’t gotten around to installing fans up there yet but there is a huge hatch and I thought ventilation wouldn’t be an issue. Boy was I wrong. The hatch is aft of the bed so the breeze comes in and goes straight to the floor. I was a little sticky but not a drippy sweaty mess so I stayed. I laid awake for ages from the odd noises of the marina. I’m a pretty light sleeper and am used to the constant hummm of my fan above my head in the aft cabin. I’m adding the noises of marina life to why I prefer to be out on anchor. I had the loud wispy sound of the neighbors wind generator that spun hard with every gust of wind, just reminding me that the cooler air was out there it just wasn’t getting to me. Then there was a bow thruster of a motor yacht trying to dock which seemed like forever. After that the local talent came out with 2 Bahamian men having an argument on the seawall – really go home fellas! We are also close to both hospitals in town so there were the sirens and of course the music from the local pub and restaurant close by. There was no sleep happing in the bow last night. I was miserable. I don’t know what time it was but I finally gave up and went back to the soft welcoming mattress in the aft cabin. I only got a few hours sleep last night and my hips throbbed for those hours.

Now I’m trying to talk myself into going over to Atlantis for some pool time this afternoon. Carl is up the mast and our neighbors are playing with the kids and helping him out with the rigging.

We finally decided yesterday to pull the trigger on a new code 0 sail from Mack Sails. It’s going to be oober expensive due to the size of our boat but we find it necessary for the area. We’re actually putting in a 3rd furler on the bow so we will still have access to the heavier headsail and the code 0. It was either get a code 0 or buy a spinnaker, the code 0 is more expensive due to the new furler system but we’ll use it a lot more because we wouldn’t have to get under the forward bed for the sail. It should take about 4 weeks to make and we’re super excited to head into the wind! Carl went up the mast today to take some measurements for it and fine tune some of our rigging, he swears the mast is curved but it looks straight to me, I don’t think you can get more anal than him. 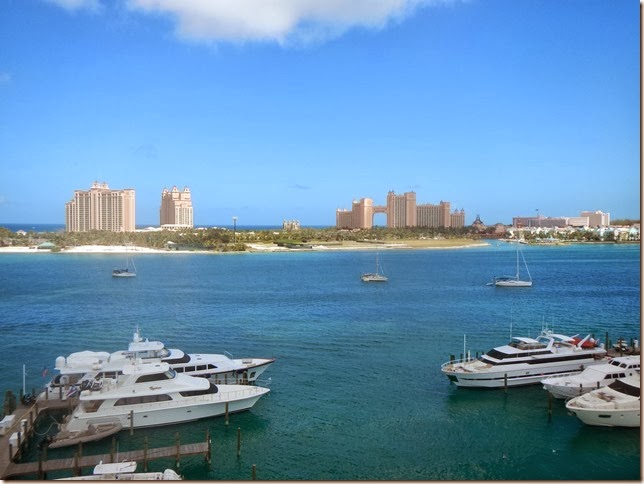 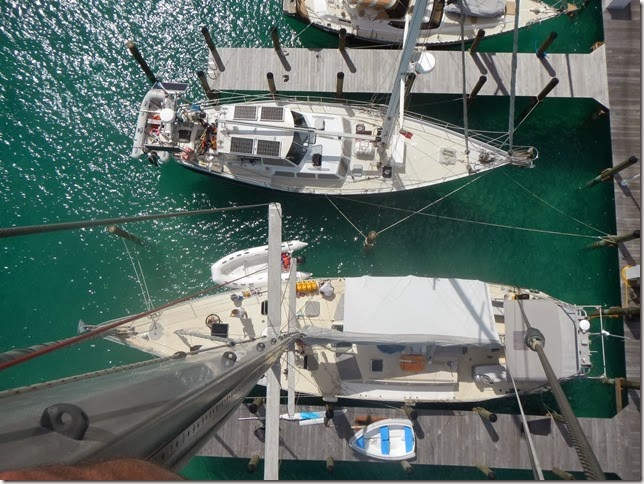 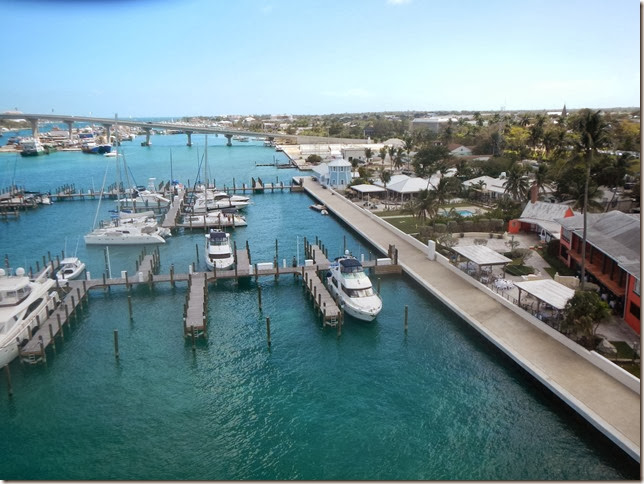 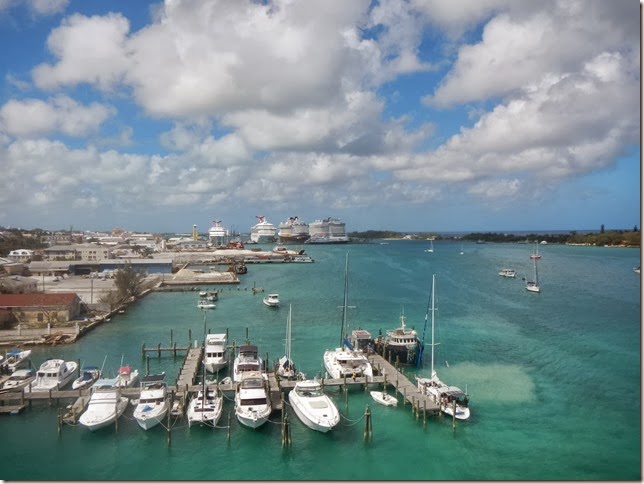 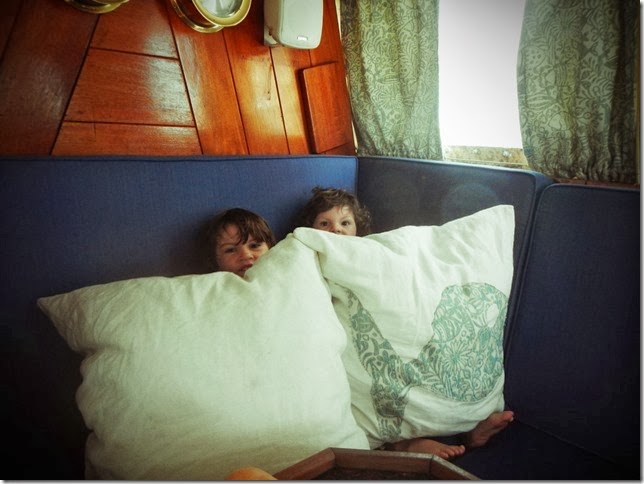 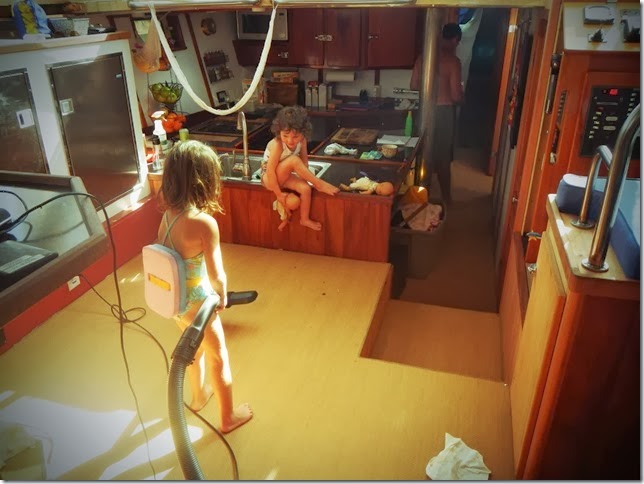 On Salty it’s a team effort to clean up before heading over the the pool.

It’ hard to do anything with little monkeys around. Here’s Salty when we first looked at her.

All our sails are ready and so is the new tides track system. Replaced our half battens on the main to full, hmmm how am I going to fit it all in my car??!
Dropped off all our standing rigging. Don’t they usually do vessels of our size but we’ll give them a go. We’ve also started to sand down the masts to prep them for painting. They have a fair bit of corrosion but hey nothing that the do all husband can’t tackle. 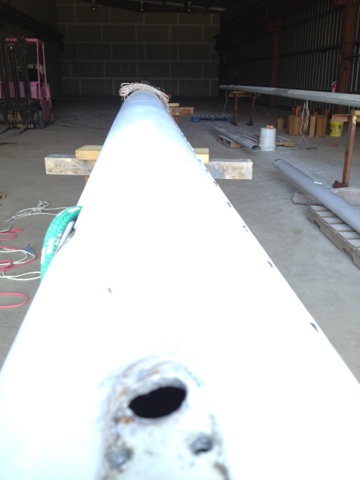 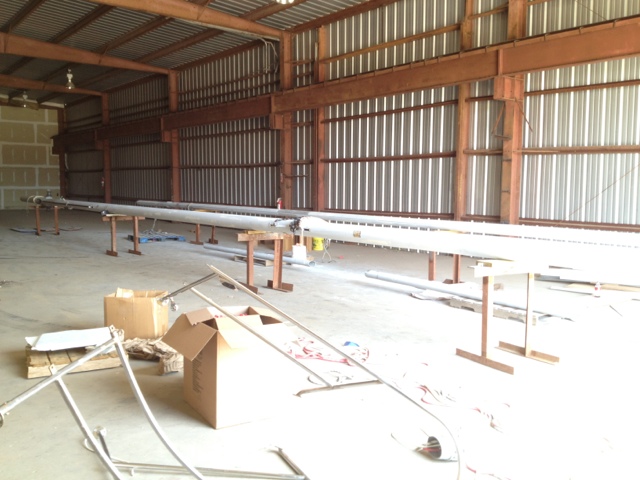 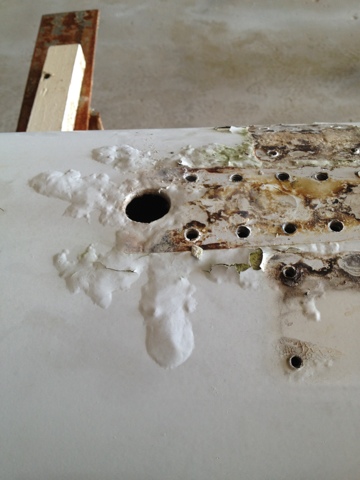 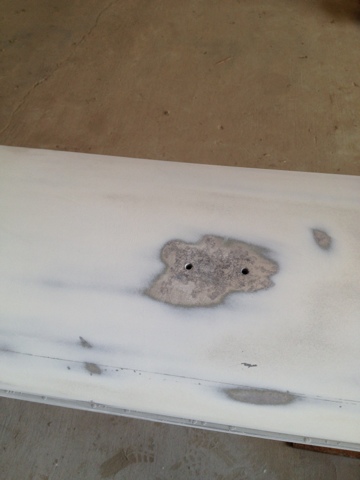 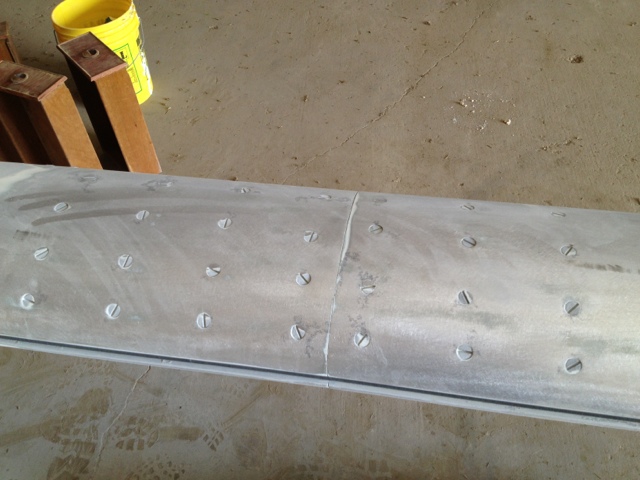 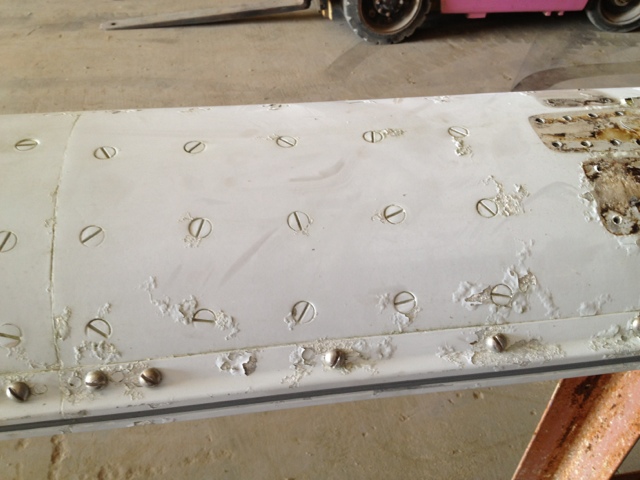 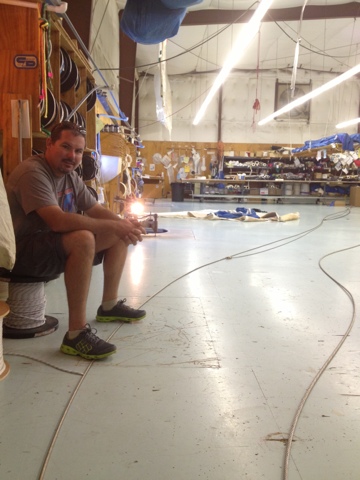