We needed to do 2 projects before leaving Shelbourne. Carl had to grind and pain the ports and I had to repair the MackPack from Mack Sails. On Carl’s journey up to New England from Florida the lazy jacks chaffed holes in the Mack Pack, next time we’ll take the MackPack down if we plan on doing longer than a few days sailing. The repairs were really simple, I just had 3 issues:

1. The MackPack is for a 65’ sailboat, bloody huge

2. Trying to fit a huge MackPack in our salon to sew

3. 2 mini helpers that love playing with pins and 1 little baby that likes to nurse around the clock

I finally got it finished. I had planned on it taking maybe 4 hours but it took a day and a half. It looks a little funny but it does the job. I put chafe patches where all the lazy jacks come into contact with the MackPack and doubled up on sunbrella fabric.

The Sailrite Sewing machine has been a great investment and has already paid for itself but there are a few flaws with it that I personally don’t like. Why isn’t the bobbin larger? If you work on canvas it’s safe to say that your projects are going to be larger. I’m not making hair scrunchies. My project yesterday was a 3 bobbin job. Also they could have made the arm on it a little wider. It’s bloody hard to jam so much sunbrella  through the thing, I’m constantly cursing. All in all it’s a good little machine and has save us money but you do need to prepare to buy a 6 pack of beer or a bottle of wine to settle your temper at the end of the day. 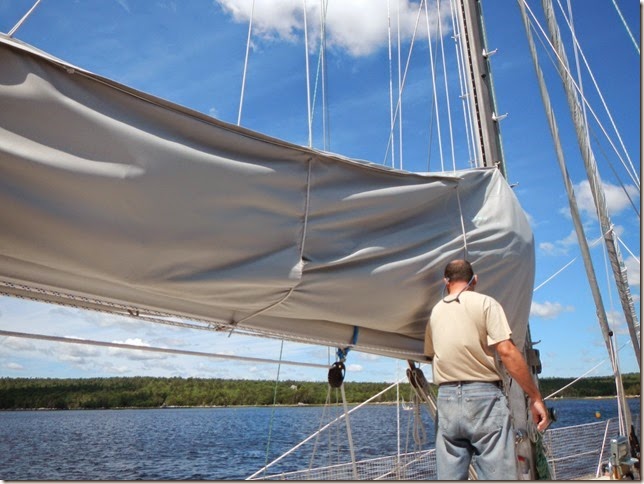 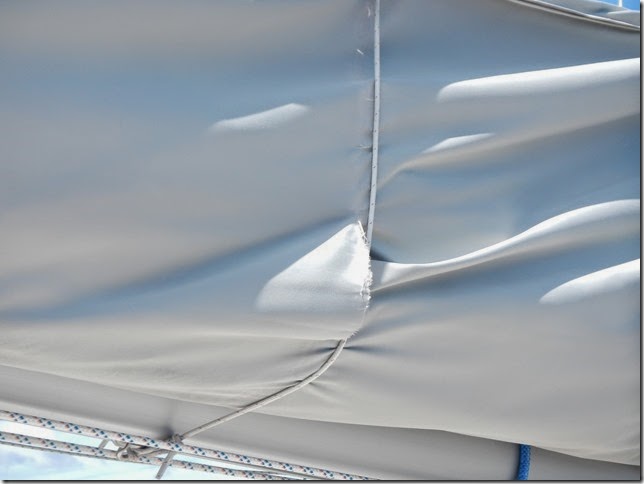 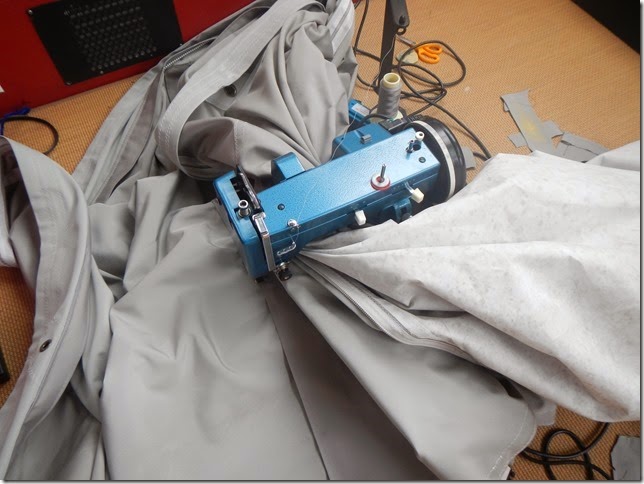 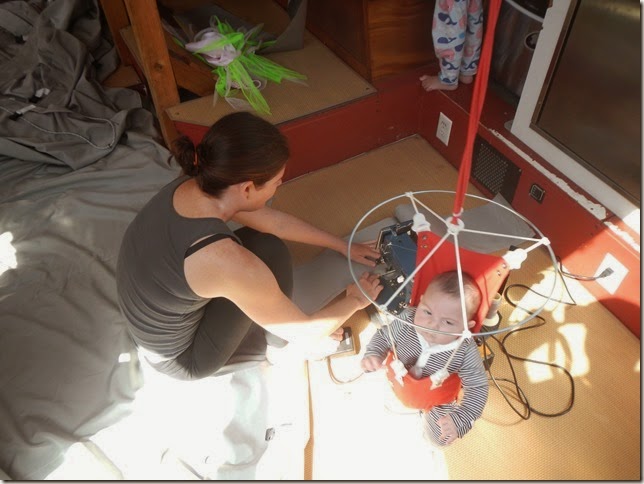 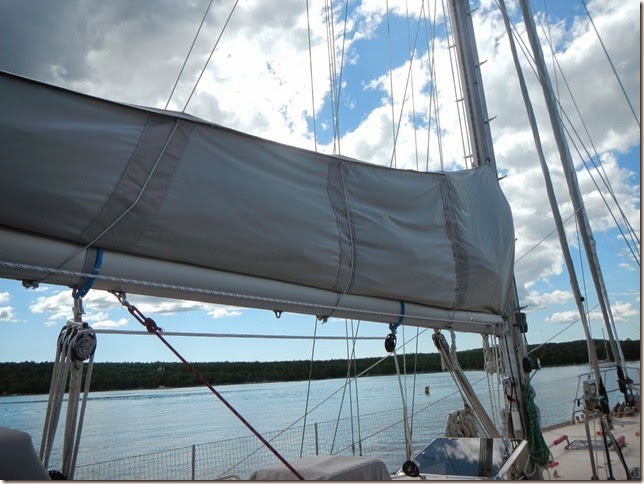 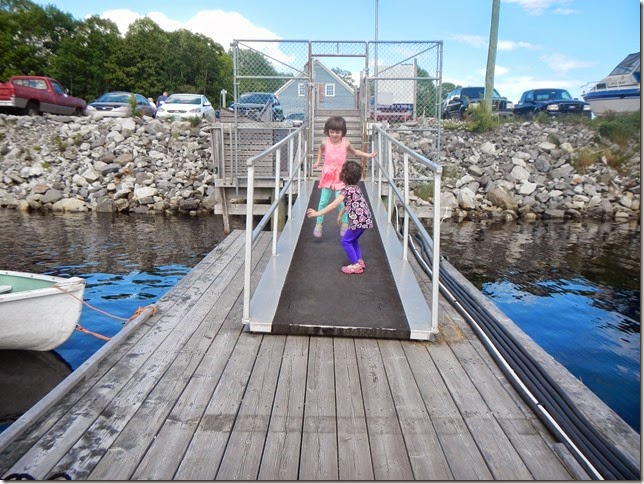 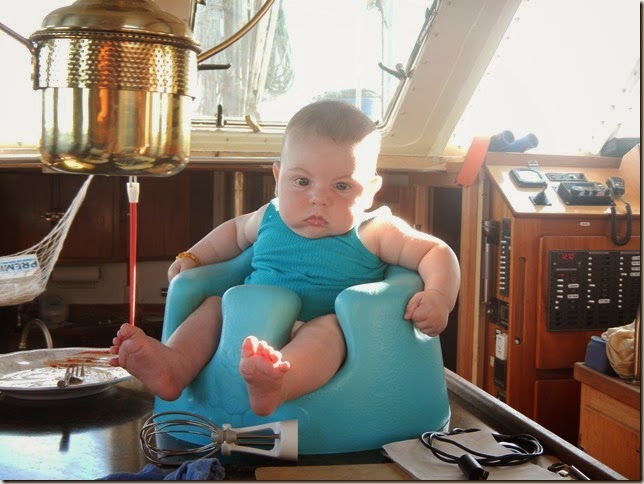 Little man likes to join us for dinner in his bumbo, the kid is all head!